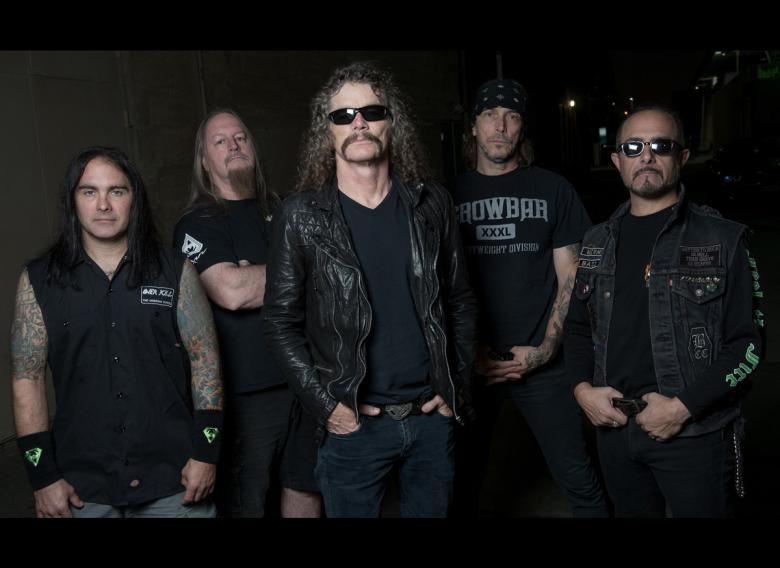 OVERKILL bassist D.D. Verni spoke to SiriusXM's "Trunk Nation With Eddie Trunk" about the progress of the recording sessions for the band's new album. He said (as transcribed by BLABBERMOUTH.NET): "We're still recording. The record's done, for the most part, but we're still recording — still some bass, still some vocals, a good amount of that to be done. We'll probably start mixing in the fall, is what I would think — something like that. And we have Colin Richardson set up to mix the record. He's done a few records for us in the past, and we're psyched about it. He's done a ton of stuff — SLIPKNOT, MACHINE HEAD… Just a great mix guy. So we're psyched to get him back on board."

As for when fans can expect to see the new OVERKILL LP released, D.D. said: "We're probably looking at a record and tour… Like everybody, we've had tours all around the time [of the pandemic] that we just keep canceling and moving. So the newest moving one is to be out in the States in March, with the record, and then after that in Europe end of April into May. That's currently what's on the books. But as the months go by, as it gets better, as it gets worse — who the hell knows? That's the current plan."

Asked how comfortable he is with going back out on tour amid a nationwide spike in coronavirus infections and hospitalizations attributed to the delta variant, Verni said: "It's hard to say. I just get so many conflicting reports about what's okay and what's not okay. If you're on a bus and you're traveling with your guys and you're going from state to state where the rules are different in every state. And then not only that, the rules are different from venue to venue in every state. And then when you start going overseas, it's not even just states — it's this country has this rule and this country has this rule. It's hard to put a tour together and have it make sense financially when every third show could be an issue: 'Oh, that one got canceled.' 'Oh, that one got canceled or moved because there's a new this or there's a new that.' I know some bands have just said, 'Screw it. We're not putting anything on the books until fall of '22. We've tried to stay ahead of it so that the soonest that we can get back out there we can. We're just gonna kind of look at the news and see what the guidelines are and kind of go from there. A lot of people are in the same boat.

"I know sometimes you talk to other bands… I remember even through the years with some of the '80s bands that were making a lot of money on records, just royalty checks coming in, the world has changed where it's, like, 'Damn, I have to get out on the road,'" he continued. "And that was always the way with OVERKILL. There was no sitting at home and letting the checks come [in]. We need to make a record and get back on the road, make a record and get back on the road. That's why we have 20 records. So this is the longest I've gone without doing a show since I was probably 15 years old. I mean, it's crazy. But we're all in the same boat. So, as soon as it opens up and everything is safe and the people are safe to come out to the shows, we're gonna be doing 'em."

In June 2020, OVERKILL singer Bobby "Blitz" Ellsworth told A&P Reacts that the band's new songs were "a natural progression from 'The Grinding Wheel' [2017] and 'The Wings Of War' [2019]. I think when we had done the 'Ironbound' record [2010], it almost became like a trilogy in there — it was kind of like 'Ironbound', 'The Electric Age' [2012] and 'White Devil Armory' [2014], and they seemed to be the Father, Son and the Holy Ghost kind of a thing," he said. "I think we kind of broke the mold a little bit with 'The Grinding Wheel', and then I think a little bit more with 'The Wings Of War'. And on this one, I see it way more. And what I mean by that is that we've used other tools from our toolshed in the past, and that's the slow grind that is coupled with that fast gallop. So it feels like a natural progression, but maybe two records ahead of what 'The Wings Of War' is. And that's probably as objective as I can be."

OVERKILL spent most of 2019 and early 2020 touring in support of its 19th studio LP, "The Wings Of War", which was released two and a half years ago. The disc was recorded at Gear Recording Studio in New Jersey, SKH Studio in Florida and Jrod Productions with engineering handled by Verni and guitarist Dave Linsk. The album was produced by the band while Chris "Zeuss" Harris took care of the mixing and mastering. Travis Smith (NEVERMORE, OPETH, SOILWORK, DEATH) was again enlisted to create the artwork for the album.

"The Wings Of War" marked OVERKILL's recording debut with drummer Jason Bittner (SHADOWS FALL, FLOTSAM AND JETSAM), who joined the band in 2017. 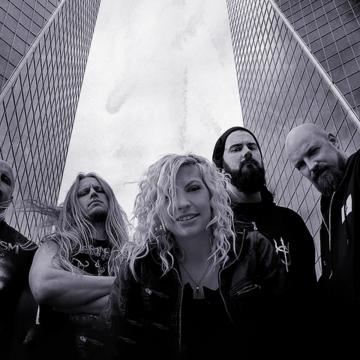 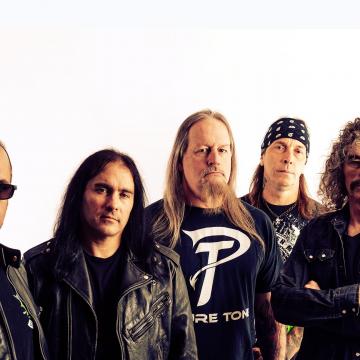 OVERKILL RETURN TO THE STAGE FOR THE FIRST TIME IN 609 DAYS; FAN-FILMED VIDEO OF "ROTTEN TO THE CORE" LIVE IN NEW JERSEY STREAMING 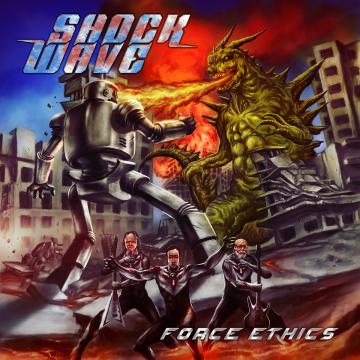 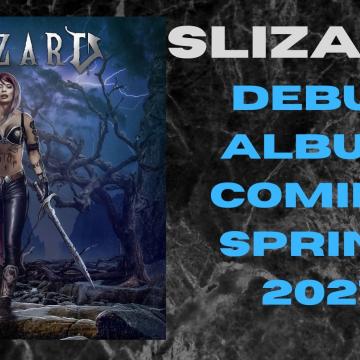 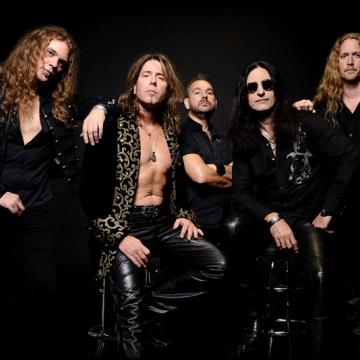 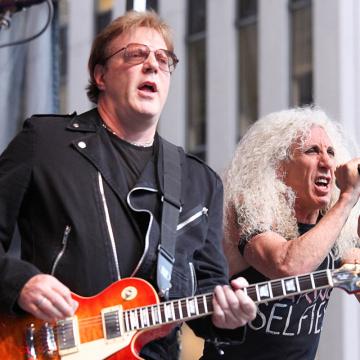